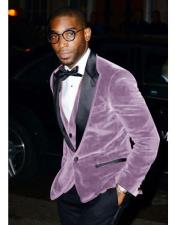 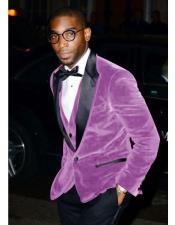 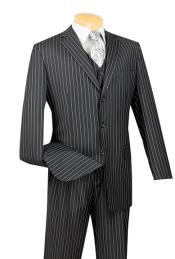 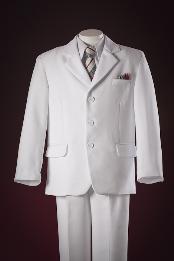 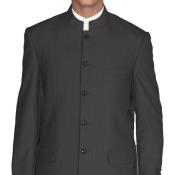 Dressing up is not easy, especially if it is for an event that requires formal attire. The otherwise manageable wardrobe suddenly seems severely lacking and the panic starts. Thus knowing some useful tips can help you pull through without much pressure.

This may seem particularly relatable to men who don't often dress up. If you are a person who regularly suits up to the office on a daily basis then you may find it relatively easy to integrate the latest trends into your mens outfit. First, it may seem hard and confusing but with time it gets simple. Selecting a few key pieces with style is all you have to do to get a decent mens outfit.

Suits for men is a wardrobe essential that cannot be rivaled. There is hardly an event where a nicely pressed suit may look out of place. This versatility has left it an irreplaceable space in mens wardrobe that stood the test of time. Suits have been a staple part of mens outfit for a long time tracing back to even 18th century. Though it had changed with people and time the basic style and structure have remained the same without many changes.

Suits are available in different materials like wool, cotton, linen and even velvet. Every fabric has its own benefit and the selection depends on the wearer's preference. For example, woolen suits have good breathability and hence can be worn almost throughout the year. They are the best pick if you are looking for a business suit that radiates commitment. They have a vibrant look that makes the whole mens outfit elegant.

But wool can sometimes give a bulky look and those who disapprove of it can go with cotton. Cotton also has good breathability though not to the level of wool passes as a decent summer wear. They are mostly used for daily wear uses but are considered a step down from its woolen counterparts. They are also less expensive than woolen suits and can crease easily.

Linen suits are the heroes of the summer season when it comes to mens outfits. They go hand in hand because of the material's unique moisture- absorbing characteristics. This material absorbs moisture and dries it out fast unlike cotton which retains it for a considerable time. This means no sweaty material clinging on to the back on a hot day. The fabric also have good conduction properties which leaves it cool to touch. Think linen if you have invitations lined up for summer weddings and cocktail parties. Though linen is majorly a casual fabric with modern times it is being increasingly used as office wears during the summer season.

While all the above- mentioned suits can be used as mens outfit for both on a formal and casual front velvet suits are exclusive for parties and casual events. The fabric has a lot of bling to it which makes it the best selection for parties and events that require attention. They should be paired with pants that have a stripe of velvet running along the sides.

Silk suits are also mostly party wear mens outfit and preferred by people who would love bold choices. The sheen of the material gives it a luxurious look that elevates the mens outfit. They are available mostly in bright colors and patterns.

One small detail that should be noted while selecting the mens outfit is the suit lapels. While the formal suits have standard styles like notch and peak lapels, suits for parties and award events usually have shawl lapel. Shawl lapels are considered luxurious than the notch and peak lapels and while they are made from the same materials as the suits shawl lapels are made of different material like velvet or silk this differing from the fabric of the suit.

When choosing the color of the suit it should be coordinated with the time of the year and the purpose of the mens outfit. When you require the mens outfit for formal events and daily wear it is better to go with classic colors like black, navy and gray which easily blends with the surrounding. While black can look classy in evenings it may not be suitable for mornings and as office wear. For your first office wear navy is the best versatile choice. On the contrary, when you dress up for casual events like weddings and parties you can go all out with vibrant colors like red, green and blue that does well with celebratory mood.

Likewise, brighter colors work well in summer since the light enhances the brighter shades which may otherwise look gaudy in winter. Summer is also the best time to wear lighter shades like tan, cream and all-white since these shades may look dull during winter. Thus, as the weather turns gloomy darker shades are the best. Colors like black, navy, dark green and gray are the best during winter and fall.

After selecting the right kind of suit the next thing you should note is the fit of the suit. As long as your suit fits properly you can experiment with dressing up or dressing down according to your taste. A perfectly fitted jacket should hug your shoulders, slim around the body and cover your bottom properly. If you achieve this fit for your jacket then you can easily pair it with different styles like dress shirts, jeans and t-shirts. The suits are available as full three pieces but if you want to mix and match make sure that you coordinate the colors and styles. The trousers of the suits must be slim but not like skinny jeans. It is ideal to have a small break so that your socks show while you are sitting down or when walking.

The fit of the jacket is the most important since they will be the center of attention in your mens outfit. It is better for the length to reach around mid to lower crotch level. You can always shorten the extra length of the jacket without much damage to the fit but if there is no fabric then there is nothing to do. So go for longer fits than the shorter ones.

While it comes to lower portion make sure that the jacket hugs your mid-portion without making it feel right or constricting. If the jacket is too tight then it will pull at the button forming an ugly v shape around your waist or stomach area. If you have a jacket that is to your taste but the fit isn't right, go for a slightly bigger size so that it makes the work of your tailor easy.

The sleeve length of the jacket should be such that if you bend your wrist with your palms facing down the sleeves should be a quarter-inch above the top of your hand. This length perfectly allows a subtle glimpse of your shirt sleeve.

Even if you already own a suit it is always handy to have a blazer exclusively for parties. Tuxedos are a type of jacket that resembles a suit jacket but have a cut that is more casual. They are similar to a suit jacket but are considered more formal and are the best attire for strictly formal events and family weddings. The tuxedos are made of durable material and aren’t the look you will need to go for in normal events. They have the same fit as a suit jacket but with little short in length.
They are also available in formal and luxurious styles. While the formal tuxedos look plain and are of reasonable prices luxury tuxedos have added details of velvet collars that add to the price range. Though they are mostly of classic colors, but they are also available in patterned choices like navy plaid, pastel shades and windowpane check.

Outerwear is an integral part of the mens outfit as is the suit. They are worn over the mens outfits sometimes more as a traditional wear than for cold. The major purpose of the outerwear when it was invented is to fight against the cold and chilly winds. But later it became a traditional symbol that even now is followed. Various outerwear are available which differs in style. Topcoats, car coats, overcoats are some of the major mens outfit and many others are available in markets.

Overcoats are basically long coats that are worn over suits and other mens outfits to protect the wearer from cold and winds. They are made from heavy materials like wool and fur which have the best insulation properties. Luxury fabrics like cashmere are also available. Overcoats usually reach the knee or end a few inches below it and are considered the best to wear over formal suits. They are available in single breasted and double breasted styles. While the single breasted styles are the most versatile ones, double breasted overcoats are the best to be worn for formal events. Single breasted style is the best one to purchase if you aren't the one to suit up often and prefer a more casual style of mens outfit.

Topcoats are often confused with overcoats, but they differ in the length and material. Topcoats are usually of shorter length than the overcoats and end at the thigh portion. Unlike overcoats, they are not made to combat the cold and hence are made from lighter fabrics like cotton and linen that does not retain the heat. They are more of a style wear than a purpose wear. They can be worn over formal mens outfit but are considered a step down compared to overcoats.

Car coats are one of the functional mens outfit that were originally designed for people who frequent automobiles. The basic cut and length of the overcoats available at that time was not ideal for riding. So the overcoats we're cut shorter in length to allow free movement of the legs and fit accordingly. Car coats are shorter than topcoats and usually end around the hip section. They are made of heavy duty materials like wool and fur that aids the protection against winds and rain possibly to be encountered while riding.

When it comes to selecting a shirt that matches to your tuxedo or blazer a crisp white shirt is a versatile pick. It works great with almost any colors and gives a decent look. If you want other colors then make sure that it complements the color of the suit and the jacket. For example for a solid gray or black suit, it is best to wear a white or light blue shirt. If your jacket is patterned then go for a shirt that matches the shade of the stripes in your pattern. Accessories like ties also must be integrated with the mens outfit properly to obtain a completed look. For example, it is best to pair a patterned tie with a solid shirt color. This will ensure that your mens outfit does not give a monotonous feel. As for the color of the ties matching or with the color of the dress pants or the jacket should make the cut.

As for the slacks, if for formal suits it is best to go with the dress pants that come with the set. You can also pair it with matching color chinos or jeans for a more casual look. Make sure that the slacks aren't too tight.

The last thing to complete the mens outfit is the shoes. Make sure to get the right pair of shoes that matches well with the mens outfit since this can make or break the whole look. Dress shoes are the best for formal sets while sneakers and loafers could only be worn with casual styles.