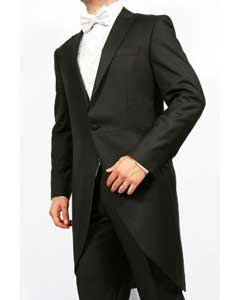 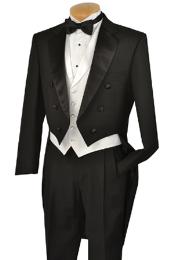 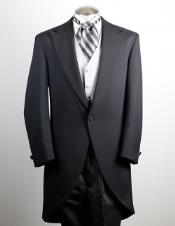 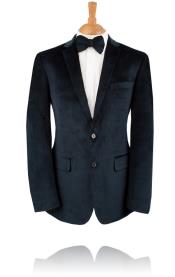 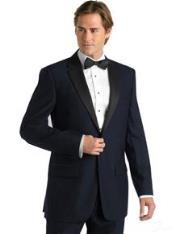 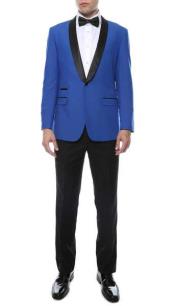 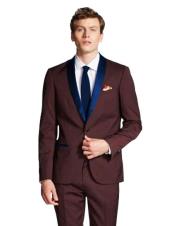 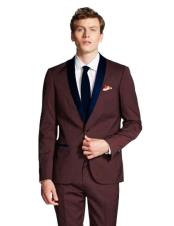 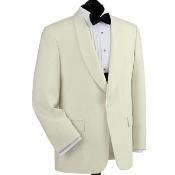 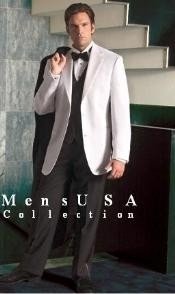 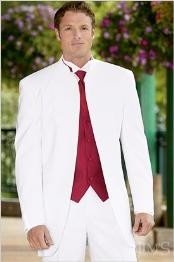 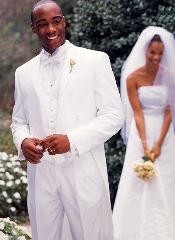 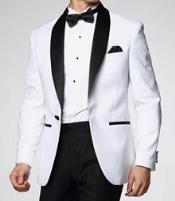 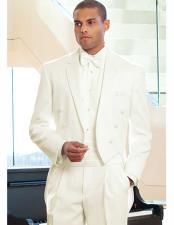 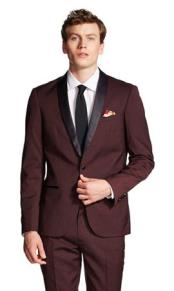 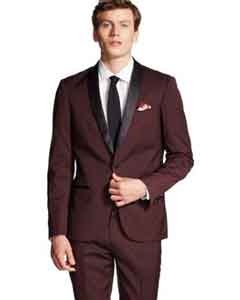 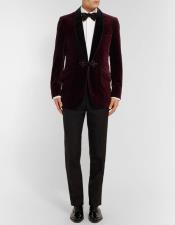 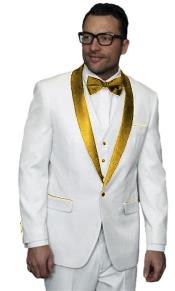 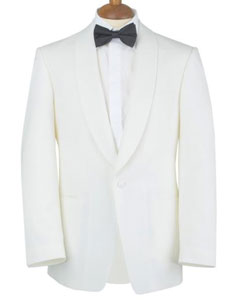 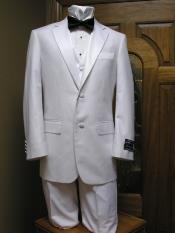 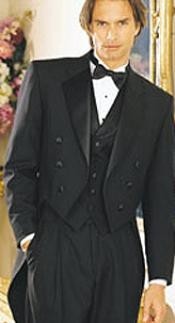 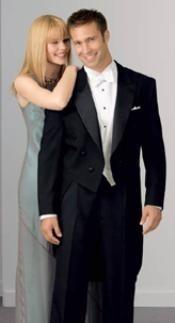 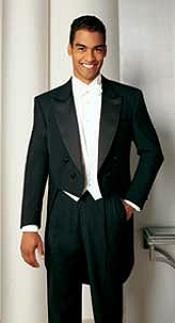 Considered the most elegant formal wear in menswear tuxedos have a special place in any man's wardrobe. Year after year when the holiday season is around the corner every brand, magazine and blogs dedicate their spaces to display their latest collection of this classic wear. Even though the tuxedos are not often wore every man should own a sharply tailored one when the need arises. But though not used on a daily basis this is exactly the reason why buying a tuxedo should never be an impulsive purchase. Also, never come to a point where you panic over the tuxedo on previous day of the occasion. This article is to help you get a proper tuxedo so that you don't have to stress over the outfit and leisurely purchase a good one.

The tuxedo has a long history as like most menswear. Not like other faded ones, the story behind the tuxedo is clear and an interesting one. The name tuxedo is derived from the place called Tuxedo park a residential club colony in New York. Every year an annual ball is conducted here that requires all the gentlemen to be present in proper attire of white tie and tails. This was when a man called Griswold Lorillard decided to defy the rules by wearing a dinner jacket that was short without tails. This tailless jackets soon caught on as a trendy style for any semiformal evening events in New York society by youth who were tired of the tailed style.

This happened in 1886 and all throughout the century the upper class men of the society who were in need of clothes that are cut for casual events soon adopted the tuxedo jackets. It soon began to spread fast in both America and England. Even though it was first adopted as casual wear it soon rose to a new level of formality that was in between full white tie formal wear and the lounge suits. By twentieth century the tuxedo became a requirement when people were asked to dress formally after dark whether it is for drinks or any other gatherings.

The tuxedo jacket was first designed as an alternative to black tailcoat. It is varied from the lounge jacket by the strict definition of it is constituted of and what it can be worn with. The classic color of this tuxedo jacket style is black, but they are also available in other colors. The main distinction between the tuxedo jacket and a normal jacket is the silk or satin collars present in the tux. The collars are mostly peak or shawl type. The trousers also have a stripe running down on each side of the leg that is made of same material as the lapels. The furnishings like black bow tie and cummerbunds are the latest addition that were not present before the 1920s. This was also the time when the Duke of Windsor deviated from the black and made a dinner jacket that is midnight blue in color. Under artificial light it looked darker than black and still more dark in photographs. This was when the midnight blue jackets obtained the weight of royal authority.

After the war, details on the tuxedo jackets changed and refined more. This can be seen in the literary and film figure James Bond who is still the model for most men when thinking of a tux. By late 1900s the black tuxedo with lean lapels, satin cuff backs, covered buttons and a folded kerchief in pocket square was the standard model. Even today many formal events have the dress code that requires a tux. One important event that upholds this tradition is the Oscars. Every year celebrities like Bradd Pitt and the James Bond in himself Daniel Craig walk the red carpet rocking the classic style with thousands of cameras clicking every minute. Some lucky years see celebrities like Billy Porter and Chadwick Boseman experimenting on the classic style giving us new reasons to love them.

All that being said tuxedo jacket has withstood the tests of time and remained to be one of the most staple formal wear even now and there are no signs of it leaving any time soon. Therefore, it is best to get a perfect set for yourself since there will be at least one event that will require of you to don on a tuxedo whether be it prom, parties or weddings.

But if you think buying a full set is too much for you then you can opt for separates since a tuxedo jacket can be worn with other ensembles thus making it a versatile choice. Adding one or two tuxedo jackets to your wardrobe will infuse variety and options for your fashion. Now if you decide to buy one make sure that you get the following details right.

The original model of the tuxedo jacket or commonly known as dinner jacket is the single breasted style. Tuxedo jackets mostly have a single button which provides the deep V shape in the front. The single breasted model is mostly worn with the buttons undone so wearing a cummerbund or waistcoat that covers the waistband becomes a requirement. Single breasted models are the most versatile type offering opportunities in a man's formal ensemble.

The double breasted tuxedo jacket models were modelled as informal counterparts of the single breasted ones but now are considered equal in terms of formality. This model traditionally has four buttons and fastens with the bottom or top row depending on the cut. The double breasted model looks better buttoned so there will be no need for waistcoats or cummerbunds. For men who feel uncomfortable with buttons fastened all the time it may be better to go with single breasted jackets.

As for the lapels on the tuxedo jacket, peak lapels and shawl collars are the classic options. Peak lapel are the styles that came from the tailcoats and are hence considered to be a little high on formality than the shawl collar. The upward and outward sweep of this style serves as an emphasis on the wearer's height and shoulder width thus giving a perfect shape.

The shawl collar comes from the origins of smoking jacket and is hence considered a little more casual. They are the famous style in warm weather jackets and dinner jackets. They are the ones preferred for ceremonious occasions those in which you wouldn't mind the attention.

Notched lapels are considered to be one among the most popular styles today which has been in history since the Victorian times. The style was restricted with lounge suits and it was only by the late 1970s that the style was accepted for formal attires.

The most distinctive feature of the tuxedo jacket as said before is associated with the lapels. This decorative covering on the lapels are termed as facings. The best facings are made from silk. It may be of smooth satin or texture of grosgrain. It is important to choose wisely since the facings chosen will determine the material used on bow tie and the waist covering of your choosing. Grosgrain is preferred since they can offer you choices on the texture.

As for the jacket's fabric there are choices available. It is best to consider the environment and the seasonal factors before purchasing the jacket. It is customary to harmonize with the surrounding and hence to choose wisely. Dark finished worsted are best for urban areas while earth tone tweeds blend in countryside like the lightweight pale fabrics does in summer. Also, heavier darker materials are best for winter so that the wearer can keep warm. The darker fabrics tend to absorb more heat than their lighter counterparts so it is best to keep the fabrics light in summer both material and color wise.

The tuxedo jackets are often made from finished or unfinished worsted wool. Since they are not worn often and doesn't have to undergo wear and tear like the daily suits they can also be made from finer wool. Other than the basic fabrics like wool and cotton luxury materials like silk and velvet are also used in the making of the tuxedo jacket. Hence, it is also important to select the style as per the occasion that you are planning on attending.

As for the color of the tuxedo jacket, black is the classic color for tuxedos. Apart from the reason of looking good at night the black color on tuxedo jackets has still more advantages. The royal color black when combined with the elegance of the tuxedo jacket gives out an aura of dominance and power. Also, it creates a complete contrast when worn with a crisp white shirt which draws attention immediately.

Apart from black, midnight blue has also become a classic color in tuxedo jacket fashion. While the black fabric tends to be more reflective this midnight blue retains its richness under artificial light thus earning itself a royal status. They also look great under natural light thus scoring one more than black when worn for parties that start prior to sunset may look dull and lifeless.

While the flap pockets are not appropriate for formal events, slit pockets on tuxedo jacket are the much preferred choice due to their minimalist design. They can be of self fabric or can be trimmed with the lapel's silk facing.

The tuxedo jackets are often considered the go for to the fashionable men in formal events. This doesn't mean that you will have to twin with most of the men at the event. These jackets have distinctive features which allows the wearer to get more expressive. You can induce change in selecting the fabric by getting blends for example say wool and cashmere which will give you a rich look.

If you are the person who likes to be the center of the party or any event that you attend then think no further. There is nothing more head turning than a double breasted tuxedo jacket with a subtle pattern that reaches a whole new level of the formal style.

Now that the full tuxedo jacket topic is over we can talk about separates. If going out in a full tuxedo is not your look then worry not. A tuxedo jacket with formal pants may be a good style that is a great way to stretch your dollar and get the most out of your wardrobe. You can wear this with a tuxedo shirt, bow tie and a cummerbund still hitting the formality level effortlessly. For a more casual outfit, you can wear it with turtleneck and flannel trousers.

These days menswear is walking down a road that has varying degrees of formality that anyone can adapt easily with. Thus, it is best to know the styles that are in trend and still more important is to develop your own sense of style that brings out your personality and individuality.